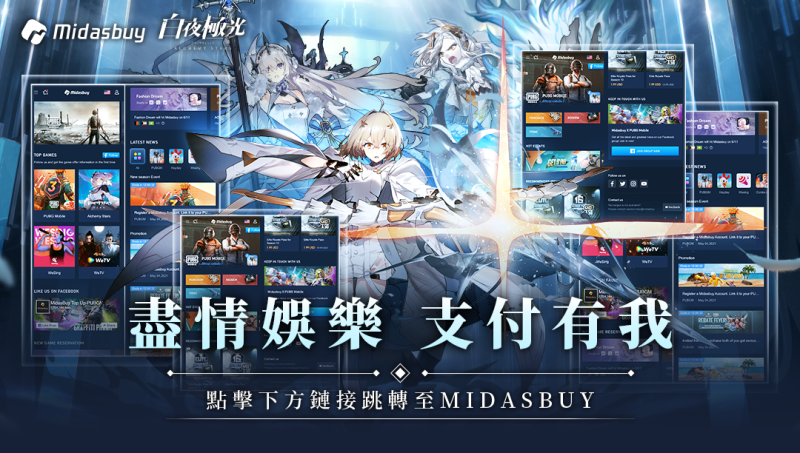 Alchemy Stars is a strategic RPG released by PROXIMA BETA, subsidiary of Tencent Games. The game is available on Android and iOS platforms with Traditional Chinese.

The story takes place in the star continent “Astra”. Players will help the last descendants in the sky to fight against the enemies to regain the upper ground world.

There are 6 divisions in the game. Players can lead 5 characters from different divisions to battle their enemies. The gameplay is a combination of tower defense and puzzle. Players will need to match the same element squares to attack and decide the routes. Players can also save some time by using the auto battle feature.

Over 150 artists are invited to participate in the game. Each character is voiced by Japanese seiyuu. Players can train the characters and enjoy the game at their own pace.

Alchemy Stars is a RPG developed by Tencent Games.
Main Theme
As ancient forces collide, harness the power of the Light to save the world from darkness!
A revolutionary RPG that pushes the genre to new heights of strategy and suspense presented by Tencent Games and Tourdog Studio
Background
Explore an epic story in a vast fantasy world.
The light of the Aurora streaks across the stratosphere... Follow its radiant glow, from the limits of the skies above to the outer reaches of the universe and beyond. Our journey begins now!
Astra—The Aurorians and Caelestites have inhabited this land since time immemorial.
Peace ruled over Astra for hundreds of years, until suddenly being shattered by the invasion of dark creatures known as Eclipsites, under the command of a mysterious organization.
The Caelestites all but perished at the hands of the Eclipsites... As the sole survivor of their ruthless purge, you began a long and tortuous life of solitude, deep underground.
17 years later, an Aurorian stumbles upon you by chance and brings you back up to the surface, where the Light shines brightly...
Accept the painful truths of an irreversible reality, and embrace your bonds with the Aurorians! Navigate the Colossus, a relic from your ancient civilization, and journey from the Holy City, through savage deserts, and across the land with a loyal band of allies, each unique unto themselves! The time has come to lead the Light and create a legend all your own, shining hope upon the future of the world!
Art Style
Breathtaking Art Style and Graphics
Our team of talented artists proudly presents the Aurorians—each bursting with personality and perfectly depicted in lush detail through their breathtaking battle animations and overall design.
Voiceover
World-class Voiceover Cast
Immerse yourself in a captivating fantasy world, with the finest voiceover cast bringing each unique character to life.
Unique Characters, Bursting With Personality
Vice: Member of the Illumina Federation. Gentle, intelligent, diligent, and enthusiastic.
Carleen: Lumo Gardens Captain. Born into a noble family, she possesses a strong sense of justice.
Istvan: Leader of Umbraton. Free and easy, yet decisive. Loyalty is of the utmost importance to him.
Kleken: The notorious trickster of Umbraton, capable of lying without batting an eyelid.
Sinsa: The blunt and energetic leader of the Rediesel Wrench. He lives a free and unrestrained life with his many allies.
Bethlehem: The ruler of Northland, possessing the composure to handle any matter with grace.
Innovative Strategic Gameplay
Original turn-based combat—master elemental attributes to formulate the optimal plan of attack.
Optional auto-combat mode is available as well.
Gameplay is accessible enough for even the most casual of gamers.
Version: v1.14.2
Updated: 2022-12-08
Download via Official Website
RPG Strategy Voiced Dialogues Bishōjo Fantasy
Language: Traditional Chinese