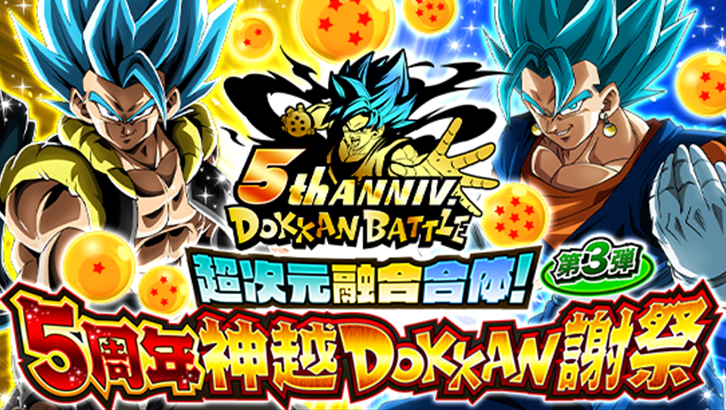 You know what? DKB is the top installed game on QooApp ?

Dragon Ball Z Dokkan Battle is an RPG based on the famous anime series “Dragon Ball”. The game is available on both Android and iOS platforms. The game provides a Japanese version and a Global version including language options of Chinese, English, French, and Korean. This is the Japanese version of the game.

The game has various gameplay options such as card collection and puzzles. The main route of the game consists of gameplay similar to board games, where players can venture through different stages.

The battle system is a match-3 game. Players need to link those “Ki Spheres” to attack. After collecting enough “Ki Spheres”, players will be able to unlock the “Dokkan Mode” and unleash the ultimate skill. After the update in April 2020, the “Chain Battle” feature was added to the game to allow players to clear the stage with friends’ characters.

Most of the original characters from the anime such as Son Goku, Vegeta, Frieza, etc. can be collected in the gacha pool, events, or missions.

In the game, there are also events from the original series such as the "World Martial Arts Tournament" for players to challenge.

Attention: The game has strict detection on rooted devices. Some non-rooted devices may be misdetected and cause errors when entering the game.

Dragon Ball Z Dokkan Battle is a mobile RPG for Dragon Ball lovers to collect DB cards in their phones as well!

■ Explore the World of Dragon Ball!
Face off against formidable adversaries from the anime series! Explore your favorite areas in a whole new way with unique board-game-style gameplay! Utilize various items and power-ups to strengthen your team and steel yourself for the battles ahead!

■ Intense Over-the-Top Action!
Simply tap the Ki Spheres on the screen to engage in supersonic combat! The fighting is so extreme your screen won't be able to handle it! Awaken the true potential of your favorite Dragon Ball characters and make them stronger than ever before! You’ve never experienced Dragon Ball like this!

■ Assemble Your Very Own Dream Team!
Create your own team from a wide variety of Dragon Ball characters! You can even group together certain characters to activate powerful Link Skills! Only Dokkan Battle gives you the freedom to build virtually any team you want! Take your trusty fighters to the battlefield and rise to the top!

■ Time is of the Essence!◎
The story begins when Trunks’ Time Machine crash-lands on a planet where the Dragon Ball timeline has been thrown into chaos! Who could be behind this sinister turn of events? Work together with Trunks to get to the bottom of this mystery, battling legions of familiar foes along the way. The very fate of the Dragon Ball universe rests on your shoulders!