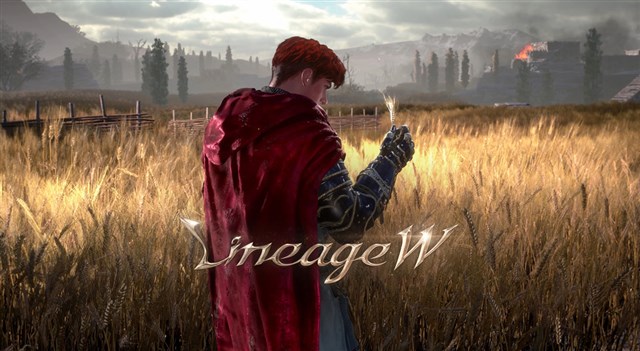 Lineage W is the latest game of the Lineage video game series developed by Korean game company NCSoft. According to the press release, NCSoft claimed that this would be the last game of the series, and its release is scheduled for November 24. The game will be available on mobile platforms first and later on PC, PlayStation, and Nintendo Switch.

The letter W in the title stands for "Worldwide" which conceptualizes the global community as one. Instead of providing service in each region individually, players around the globe will join the same server, share the same world, and interact and compete with each other.

Unlike the 2D presentation used in the first Lineage game, the production team decided to make it 2.5D, while the art style changed to coincide with the original background setting in the novel to become darker and more realistic. As a result, people may recognize it as "Diablo 3" at the first glimpse.

The four nostalgic classes are confirmed to be in the game, and the camera will be 45-degree Isometric projection like the first game. One notable feature to accommodate the global community is the in-game translation option to facilitate players' communication.

In Lineage W, players will be able to enjoy the shared worldview of the franchise and fight for the Blood Pledge in a considerably improved environment. Since everyone will be on the same server, people can also participate in nation-based battles to bring your country glory.

▣ For the World, Lineage W

The true Lineage that gathered everything from the Lineage series that lasted for 24 years
Global scale MMORPG where players all over the world fight for their glories.

From a quarter-view-based perspective to a large-scale siege,
the classic gameplay and essence of Lineage such as battle, honor, blood pledge, and sacrifice
are all packed in Lineage W with a completely new engine and technologies

▶ Battlefield and communication connecting every region and country in service

▣ Lineage W, with PURPLE ▣
You can install PURPLE and Lineage W at the same time on your PC.

(Optional) Mic: Permission to record audio while video is being recorded
(Optional) Storage (Photo/Media/File): Permission to save screen captures and video recordings, and to attach photos while responding to customer inquiries

ColdFrinzer Rock
1.0
Now i will Change my review and rate this one of the worst game for English speaking players, i have played a total of 2 server upto level 40 and 35 , and in both server if i chat in global after some time i got muted happened in both server. the game is decent but the game monitor are fking blind can't see whome to mute, there are literally bots in the chat spamming messages they don't mute them, they mute the English player. i am not going to play it again trash game moderator banning English speaking players. Do not recommend to English speaking players. if you chat to much in the global chat you will get muted. Thats unfair to mute. And the mute time not also small fking 7,30,90 days haha, i just uninstalled. Trash.
More
7  6
2021-11-11 18:05:29
Miku Imoe
3.6
Hardcore game for me. i nver play lineage 1 only lineage 2, but i like the graphics its like durango but the lag issue, delay, and my first character is mage (nver i feel sad when i play mage)

now i change to elf , still give it a try at least 1week or so, bcz i already spend 1 day for stupid update 6,5GB hellll. my rate 3/5 for this game